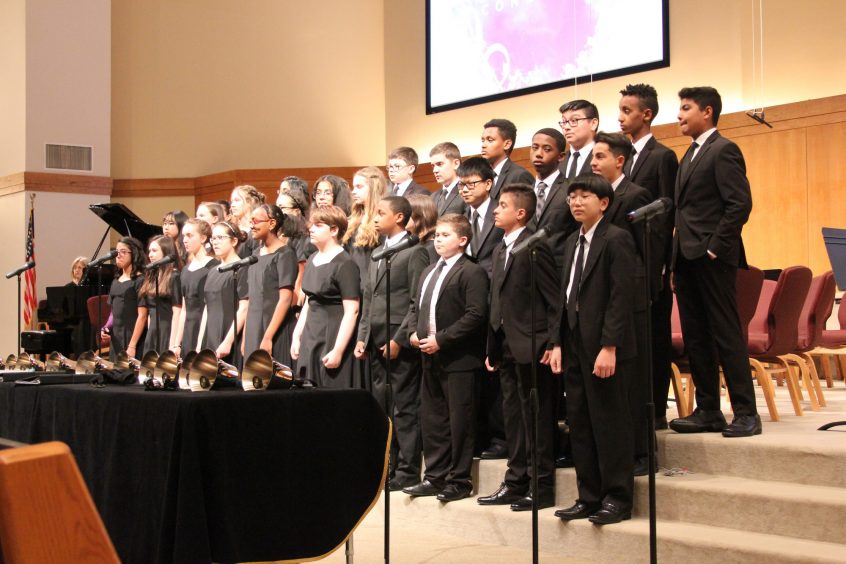 ODACS being over doesn’t mean that FBTA has stopped participating in great music programs. As the school year comes to an end, FBTA held its final concert of the year. The concert consisted of many of everyone’s favorite ODACS songs along with a few new songs.

The program began with the handbell choir presenting their pieces which placed second at national competition followed by a new song called “spy ring,” which featured tunes from old spy movies. They donned sunglasses and tried out a few secret moves as they played the bells.

“I was really proud of the improvement we’ve made since the beginning of the year,” said Mr. Probus, handbell director. “I wanted to play a song  that would show off our skills while being really fun for the group and the audience. Mission accomplished.”

“My hope is that this year will help to further grow the handbell program,” continued Mr. Probus. “I plan on starting a secondary group next year and have already picked the songs for the entire year. They are all challenging songs that will continue to develop their skills while having fun doing it!”

Junior high also had the opportunity to perform a few songs of their own and participate with the senior high orchestra. The program ended with the senior high choir performing a crowd favorite Latin-style song called “Ritmo,” which involved some stomping and clapping to create rhythm.

“I thought the spring concert was an overwhelming success! My favorite song was for sure ‘Ritmo,’” said Haston, junior.

“It was very fun! I throughly enjoyed singing between Andrea and Liza,” said Charity, freshman.

“It was really nice seeing everybody work together to have a great concert,” said Daniel, junior.

“The concert was a lot of fun this year!” said Melanie, senior. “I cannot believe it’s my last one, but all the songs we sang made it that much more memorable.”

The whole program was a great opportunity to reflect on how the school grew musically since the beginning of the year. It’s safe to say that everyone enjoyed the night while listening to some great music.