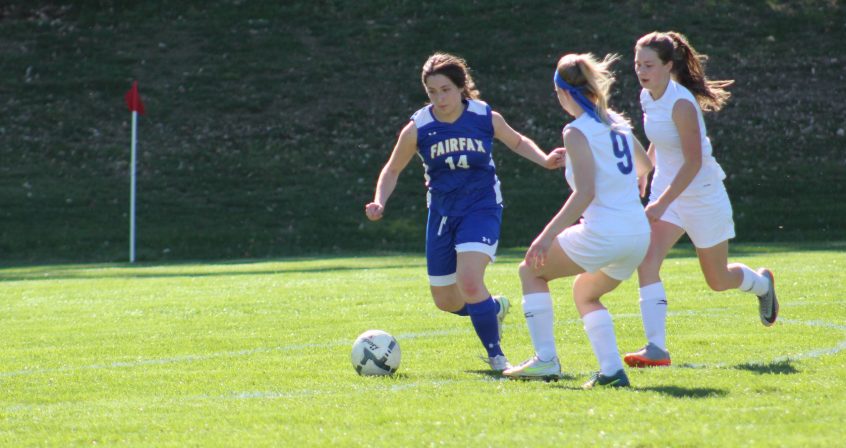 This soccer season, the girls’ team had eleven games scheduled, more than any amount that was scheduled before. With directors arranging constant ODACS practices during the beginning of soccer, the team knew this season would not be easy and had to be earned through hard work and dedication. After a rocky start, practices and games became more tiring but were still upheld by coaches and FBTA students.

“I loved how encouraging all the girls on the team were during every game that we had. It really helped me play my hardest every time I was on the field,” said Julie, senior.

Mrs. Fernandez, coach, and Miss Wendal, assistant coach, were constantly on the girls teaching and improving them with new skills and tricks played throughout the field. Coach Mark, a trained coach brought in during the season by Mrs. Fernandez, was disciplinary and strict, helping the girls play as a team. The girls steadily saw improvement through coaching.

“I can definitely tell that the team has grown and improved since the beginning of the season,” said Ashley, sophomore.

Once all ODACS practices and games ended, the girls became even more dedicated to the team. They learned to practice hard and play smart, no matter what opponent they were up against. Younger girls were especially grateful for extra games to play with the new addition of a JV team. Overall, the girls’ soccer team tremendously improved and progressed playing as a team.

“Even if we weren’t undefeated like last year, we still pushed until the end,” said Carol, 7th grade.