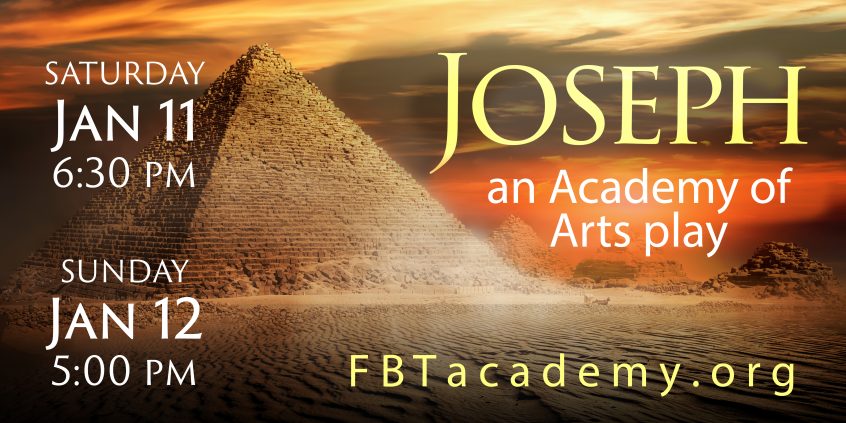 On Jan. 11 and 12, the 7th-12th graders will be putting on the play, “God Meant It for Good,” a production that tells the story of Joseph. The play will be directed by Pastor Abbey and Mrs. Darby, event coordinator. The directors began auditions during the second week of school, and they posted the results the following week.

Nearly every student in the high school auditioned for a role. Many students have also expressed interest in participating in the production of the play, whether that’s helping with makeup or being a stagehand.

“I wasn’t really nervous for auditions, I was just excited to be a part of the play,” commented Charity B, sophomore. “Going to auditions was really fun because you get to watch your friends act, and it’s fun doing something other than schoolwork.”

Both Pastor Abbey and Mrs. Darby have experience in theatre arts and play productions. They are both extremely excited about the potential of the student body in this play.

“Watching you all audition was really exciting,” said Pastor Abbey. “As I heard each individual speak, I began to picture them as the different characters.”

“It’s going to be a lot of fun,” said Mrs. Darby. “Some of these students are so talented. I know this play is going to be great!”

Putting on this play is a great opportunity to have fun and use the gifts God gave us in a creative way. There’s a place for everyone to help in the production, even if acting is not your forte. Don’t hesitate, find a way to get involved today!