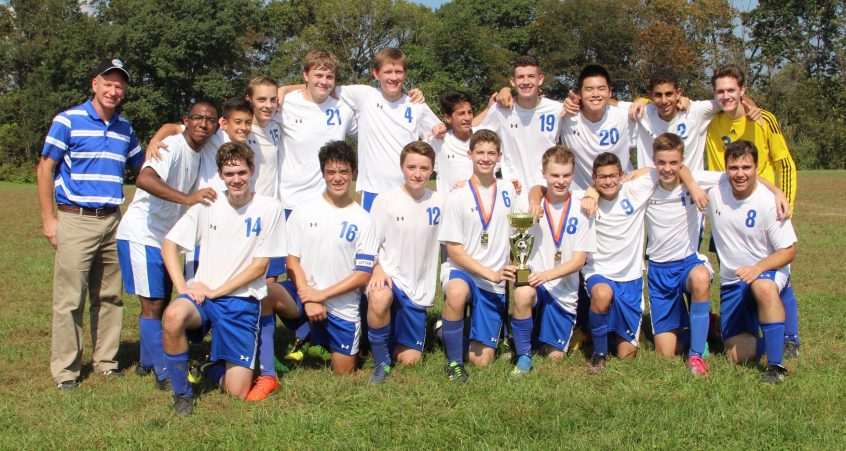 The volleyball team played for seven straight hours on Saturday, fighting back from the game they lost on Friday. This put them back in the running for the Championship, but they ended up losing their final match by two points to Valley, placing second in the tournament overall.

The soccer team won their game against Gill Grove Friday night, and played Bethel on Saturday, winning the championship game 7-3.

“We had to go back and defend our title from last year,” said Mr. Bradford, soccer coach.

“It was a beautiful day, and so many parents came out to cheer on the team,” said Mrs. Dyck. “There was so much school spirit on the sidelines!”

“It was an exhausting experience but we did really well,” said Emma V, senior.