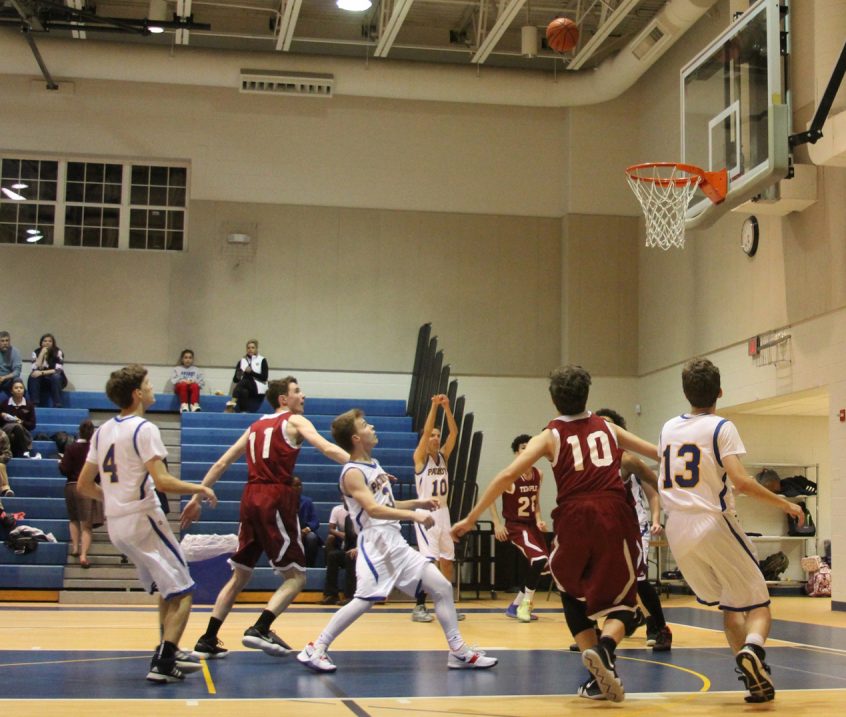 Yes! It is finally time for basketball season to begin. It is time for a new team and a new spirit.

After suspenseful tryouts, the final teams were decided. Everyone who tried out gave it their best.

“Trying out for the girls basketball team was an exhausting experience, [but] I had a lot of fun,” said Zoe W, 6th grade.

The teams practice very hard every week to prepare themselves, and the coaches help the teams tremendously by constantly pushing each player to do his or her best, and to always have fun.

“I really enjoy basketball it is soooooooo much fun,” said Amy F, freshman.

One can often hear the amplified words of Coach Spatz, girls’ coach, and Coach Johnson, JV boys’ coach, across the gym, while Coach Page, Coach Beach, and Coach Bradford deliver words of encouragement to the guys.

The JV boys were especially excited about winning their first game, as this was the first time that some of them have played on a basketball team.

“I think that we played well, but there are improvements to be made, but I’m happy that we were able to win our first game,” said Samson B, 6th grade.

The entire student body is excited for this year’s basketball season and to see the great progress that has been made since last year.