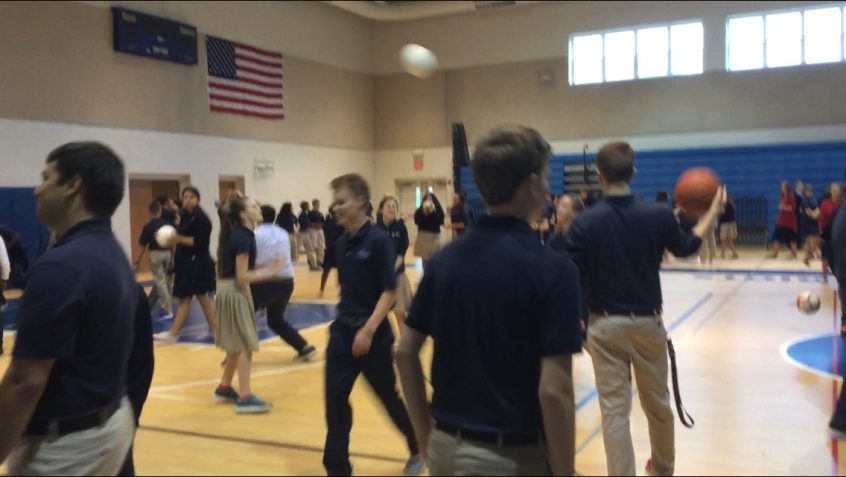 Sept. 10, just after the start of the day, a few students downstairs began to smell small amounts of natural gas in the air.

“I was currently in U.S. History at the time,” said Jay M, senior. “My friend Joshua pointed out that he smelled something.”

“I was in the English room,” said Diego V, sophomore. “We started smelling something, and we were like, ‘Hey, what is that?’”

The smell was quickly reported to the office, and Mr. Bradford and Mrs. Darby went to locate the source. The students were ushered to the gymnasium in a separate building as a precautionary measure.

“We thought, ‘Okay, let’s get the kids out of here just up to the gym just as precaution,’” said Mr. Bradford, school administrator.

Because the students had been practicing fire drills for the past few weeks, the evacuation process went smoothly. The source of the leak was found to be in the furnace room, the cause being two ineffective heating elements that failed to ignite the natural gas.

“We called Washington Gas right away, and then went ahead and called 911,” said Mr. Bradford.

When the fire trucks arrived, they took readings of the natural gas concentration in different areas in the building and thankfully found the gas far below dangerous amounts.

“It was never at a dangerous level,” said Mr. Bradford. “The only place they got a reading that showed a little elevation was in the [furnace] room.”

The students enjoyed their time in the gym while waiting for the fumes to air out of the building. Some of the older students interacted with the younger students and helped to keep them occupied. Activities ranged from soccer, to volleyball, to basketball, and for a few, completing homework, despite the day barely starting.

“Personally, I played volleyball for a while,” said Diego V, sophomore. “And then I played soccer.”

After about an hour, the building was aired out, and the students went to the auditorium to hear Evangelist Tom Farrell speak for chapel. After the message, students were allowed back to their classes, the smell of the gas almost completely expelled from the hallways.

“Almost any break from the routine is a welcome one for us,” said Caleb D, senior. “It’s what keeps things interesting.”