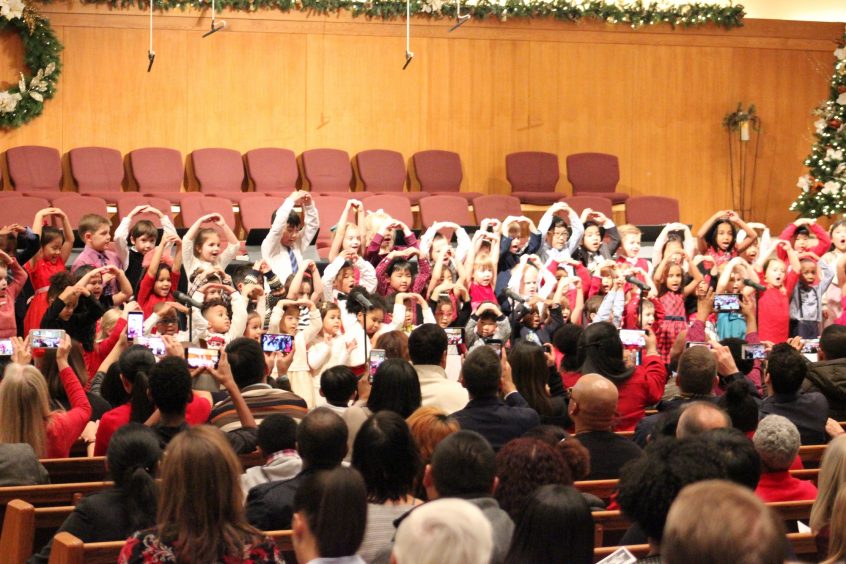 Splitting our annual Christmas concert into three separate events would seem at first to not be a good idea during an already  stressful month. But this was not the case. More time to prepare for the concert and less time for each concert were both beneficial and the advantages were seen during each concert.

“Students and teachers were given their own unique concerts for Elementary, JH/SH Choral, and JH/SH Instrumental,” said Mr. Van Den Berg, orchestra director. “In general, the three concert format allowed teachers more time to create and develop a concert with music from the groups they’re working with, and each concert focused attention on one general group of music (choral/instrumental/elementary) streamlining the demands placed on students.”

Not only do the directors have more time to prepare for each concert, but the students also enjoy and appreciate the concert more when more time is given to them.

“I really like how everyone worked really hard to learn their songs and to sing,” said Jianna C, 8th grade.

“Under this new format it was wonderful to see the addition of some speech selections added to the choral concert,” said Mr. Van Den Berg. “Having the handbell numbers and string selection added to the instrumental concert proved a great success.”

Sometimes the events that seem to be stress-ridden are not actually that bad after all. Some actually turn out to be a great blessing for everyone.