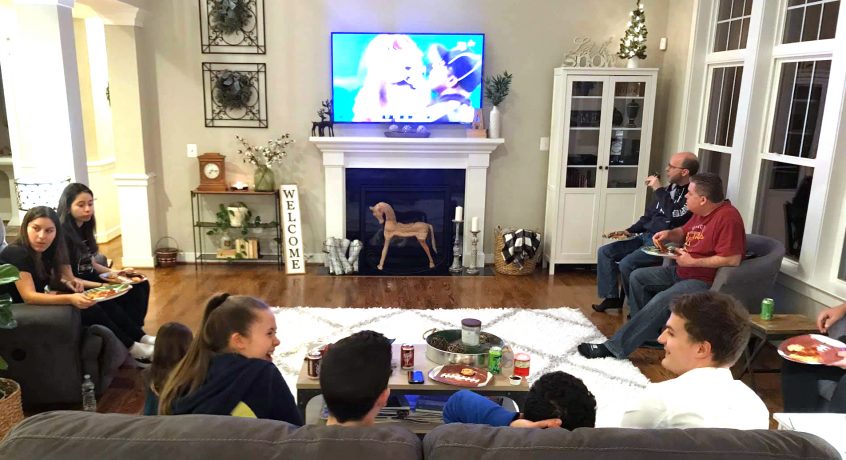 On Feb. 2, a group of juniors and seniors from the teen group got on a bus after the Sunday evening service to go to Pastor Abbey’s abode to watch the most anticipated sports event in the U.S.

The Super Bowl was played at the Hard Rock Stadium in Miami, Florida. The 49ers and the Chiefs were fighting the national championship. The whole group got together at the Abbey’s to eat junk food—pizza, brownies, chips, soda, etc.—and watch the game and/or the commercials at least.

“The Super Bowl party was a ton of fun!” said Kiersten G, junior. “I loved getting to play games like UNO and just have a great time hanging out with all of my friends.”

“I liked being able to watch the game with my friends,” said Andrea B, senior. “The bus ride home was a lot of fun too because those back roads in Manassas are very narrow!”

“It was such a blast being with a lot of the juniors and seniors,” said Carson A, junior. “I’m so glad that it was a good game, and that the team I rooted for—Chiefs—won!”

Even though some people were cheering for the 49ers, it didn’t matter to many of the teens because they mostly just enjoyed being together.