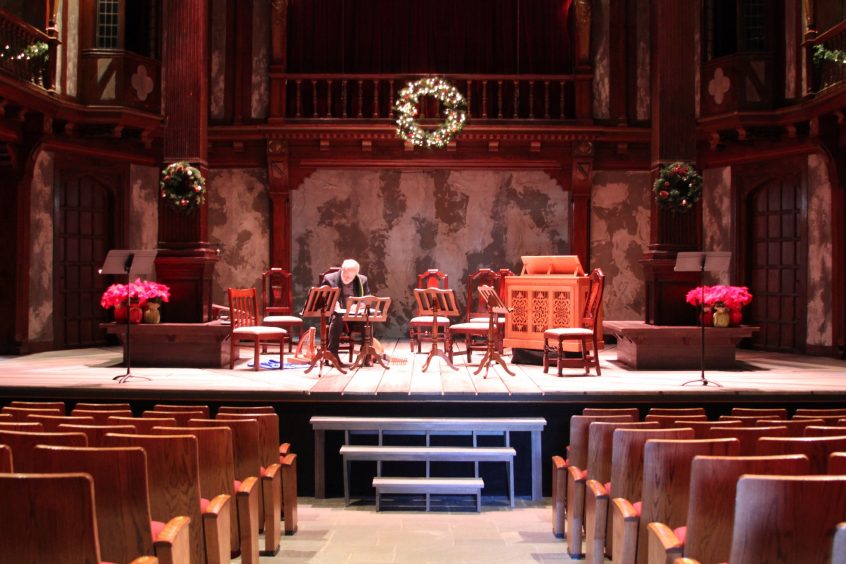 The sophomore history class visited the Renaissance section of the National Gallery of Art and the Folger Shakespeare Library in Washington, D.C. on Wednesday, Dec. 19,

“Our intent was to see how the growth of education and humanist thought changed the lives of Europeans from the 1300’s-1600’s,” said Mr. Armstrong, one of the chaperones as well as the history teacher.

During their visit to the NGA, they saw a variety of paintings from the Renaissance time period, including works by Leonardo da Vinci and Raphael. They traced the progress of artwork (primarily from Italy) from Catholic-inspired themes that were flat in appearance to more dynamic works of landscapes and portraits. The students really enjoyed the da Vinci painting (the only one in the United States), which featured details on both sides of the canvas.

During their visit to the Folger Shakespeare Library, they learned more about Shakespeare’s role in the Renaissance and in British literature. They saw researchers toiling away in the library and their tour guide led them through the various wings of the museum. The students enjoyed seeing the Elizabethan Theatre, where they received an impromptu demonstration of the lute (an instrument similar to a guitar/mandolin that was popular in the Renaissance).

“My favorite part about the whole trip was definitely the man playing the lute at the library,” said Peter V, sophomore.

The writer of this article would like to give explicit thanks to Mr. Armstrong for being so helpful in the information department.