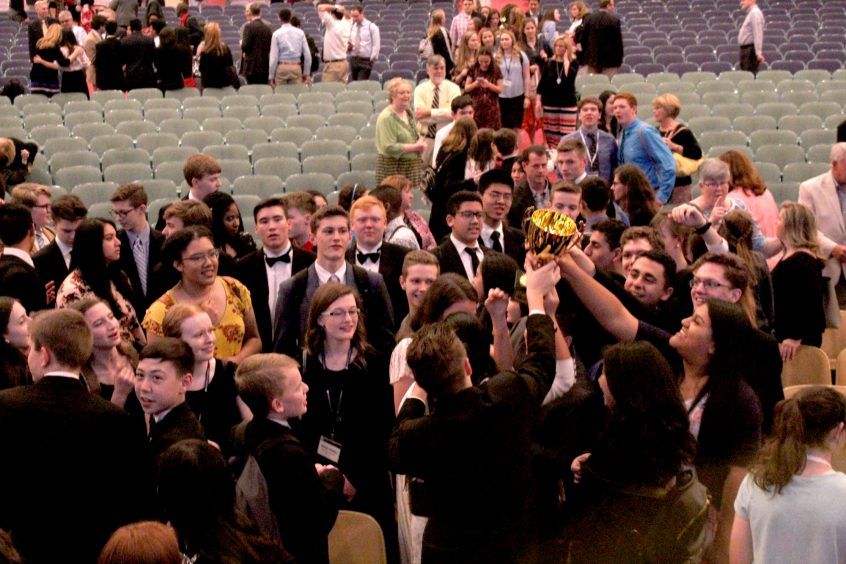 Near the end of the year, students from FBTA had the opportunity to travel down to Bob Jones University in Greenville, SC, and compete in the AACS annual national competition for Christian schools around the country. This year the school had the amazing opportunity to compete in several categories including orchestra class A, choral group class A, large and small vocal ensemble, classical piano solo and duet, biology and chemistry testing, and physical science fair.

“I really enjoyed nationals this year! I was able to go for large ensemble and choral group and I had a great time competing. I definitely made a ton of memories at nationals,” said Melanie T, junior. Not only did choral group have the opportunity to attend this year’s competition like last year, both large and small ensembles also had the opportunity to participate in this national competition. This was unusual because the school had all three vocal groups attending.

“I really enjoyed nationals! It was such a fun experience of enjoying quality time with friends and meeting new people, and, of course skipping a whole week of school is always fun,” said Stefanie M, junior.

“Nationals was really fun for me this year!” said Sarah H, junior. “I got to catch up with some friends from other schools and just hang out. I also got to celebrate Jon’s birthday, which was definitely a highlight for me.”

The competition was intense, but small vocal ensemble pulled a third-place award and Haston Hamilton received second in his science fair project. The teachers, staff, and students learned a great deal about the fierceness of a national competition, and are already making plans for next year.